Well hello there! It has been an insane number of months since I last checked in. If you happen to follow me on Twitter or Instagram (I'm @petitselefants on both), you will vouch for the fact, however, that I haven't been sitting around on my behind idly twiddling my thumbs!

First reason for the rather lengthy hiatus has been the six month house extension/renovation project. We moved out on September 28 last year, and moved back in exactly six months later on March 28. 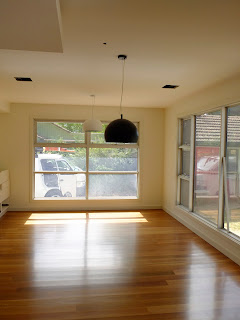 Herewith a few photos to prove it. I really need to get my act in to gear and take some better photos and assemble a few before and afters. The house is totally transformed, it feels like a new house! Above is the new living/dining space, and through the window on the right of the picture is a glimpse of my new studio (still awaiting furniture and unpacking of fabric). 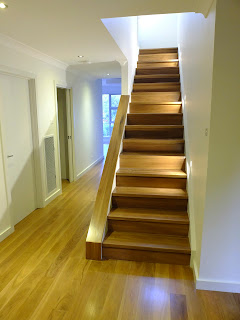 There are still a few things left to finish off (including a balustrade on this staircase - happily the kids have actually listened to us for once and don't play silly horses on the stairs. They do that elsewhere - ha!). 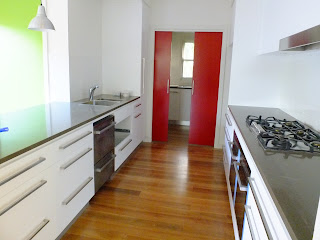 My kitchen. I LOVE the kitchen. It's about trebled in size from what we previously had. And behind those red doors is a butler's pantry. I have yet to work out when the butler is arriving though.... It's so hard to find good help these days! 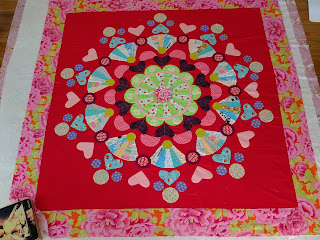 On to things quilty. When I haven't been organising house-y things or chasing after kidlets, I've been busy for the past three months working on this little quilt. It's called Millefiori and you'll find it in Sarah Fielke's beautiful new book Hand Quilted with Love, recently released. If you don't have it yet, please consider purchasing it for your quilt library - it's absolutely gorgeous. My version of Millefiori will be popping up again soon when Sarah runs a blog tour of her book in coming weeks! 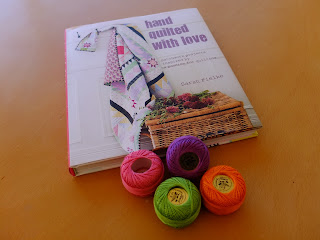 Just one more thing before I go - have you heard of Craftsy? They have a library filled with online video classes in all things crafty, not just quilting but pretty much anything you could think of. You purchase the class of your choice and have access to it forever more. I've downloaded a few and I have to say they're really fabulous! So far I've tried Angela Walters' machine quilting class, Sarah's 'Big Techniques from Small Scraps' class and Camille Roskelley's 'Pre-Cuts Made Simple' class. It's so fun being able to watch these ladies do their thing - the next best thing to taking a class with them in person!

Speaking of Angela Walters, in my next post (no, not in six months), I'll show you my quilt that she quilted for me! It's just a little bit awesome.
Posted by Danielle at 12:19 PM 8 comments: